Elvis has reentered the building ladies and gentleman.

From the LA Times:

Last weekend as the first of two identical weekends of the Coachella Valley Music and Arts Festival drew to a close, Dr. Dre and Snoop Dogg unveiled a shocking surprise when the pair reincarnated slain West Coast superstar Tupac Shakur onstage in a hologram-like image that rapped and danced along with the two very alive heavyweights.

Here is how the very cool illusion worked.

I was there back in the day, during the origins of Hip Hop, battling it out with my rivals on the corners and on my home turf at the Meridian Quad in San Jose, California.  I was fortunate during my short-lived time as a rapper that I actually opened in front of 5,000 people for Run DMC, Kurtis Blow, Whodini and the Fat Boys in Stockton on December 4, 1984 during the nationwide tour of the Fresh Fest.

I have been meaning to write the story down of my one year as Bee~Mac, the Rapper Supreme. It was wild. I will get to it, I promise.

Yeah, I was dope… though we called it “fresh” back then. And I had the novelty of being one of the few White boys doing it way back when.

At any rate, the Koreans have taken B-Boy (the dance style born out of the same era) to the next level, and here is a clever video featuring some of the country’s finest. (For an explanation of the last few seconds of the video go here. Sigh.)

In the video below, an unknown man from Northeastern China imitates different accents in this order.

It’s quite funny. It’s been out about a month, just found it now.

Translation of the Chinese in the beginning of the video:

Hello, everyone, I’m a young guy from the Northeast. Today I’m going to impersonate for everyone how various foreigners use English to introduce their countries. I hope you will like it. 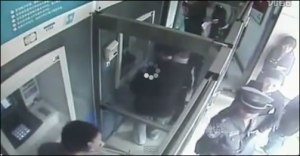 What I love about China is that with so many people something wild and whacky is bound to happen every day. Such as this.

A line jumper at an ATM in Hengdian, Zhejiang Province in China gets his due. After being stabbed, blood running down his back, he continues to withdraw is money, then exits and calls the police.

All the while the hapless security guard remains practically clueless. 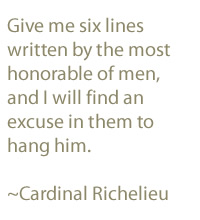